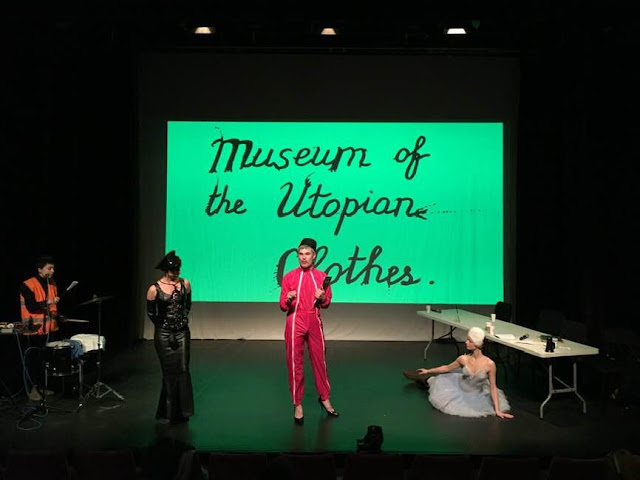 Debates on Division: when private becomes public is an ongoing, interactive performance that deals with the complexity of current political reality and its implications. What begins as a fictional TV talk show with invited actors and artists ends with a performative procession to the European Parliament. Gluklya and Anna Bitkina thus aim to create a public forum that highlights different forms of human fragility and traumas caused by deviating from established political structures. In collaboration with Philippine Hoegen, Teresa Cos, Gary Farrelly and Polina Akhmetzyanova. Debates on Division is taking place in the context of Performatik19 Brussels Biennial of Performance Art.